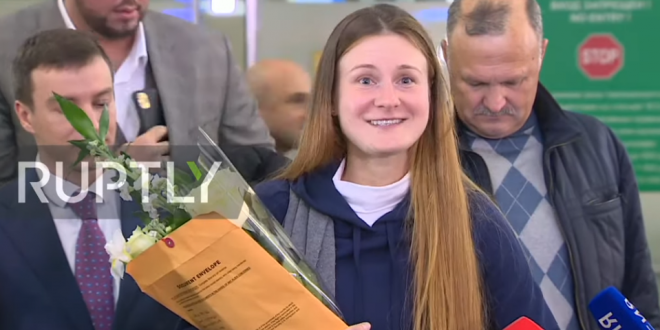 Russian national Maria Butina, who was jailed in the United States in April after admitting to working as a Russian agent, arrived in Moscow on Saturday, greeted by her father and Russian journalists who handed her flowers.

“Russians never surrender,” an emotional Butina told reporters at Moscow’s Sheremetyevo airport, flanked by her father and the Russian Foreign Ministry’s spokeswoman. Clutching a bouquet of white roses, the 30-year-old graduate student thanked her supporters and added she was happy to be back.

Butina pleaded guilty in December last year to one count of conspiring to act as a foreign agent for Russia by infiltrating a gun rights group and influencing U.S. conservative activists and Republicans.