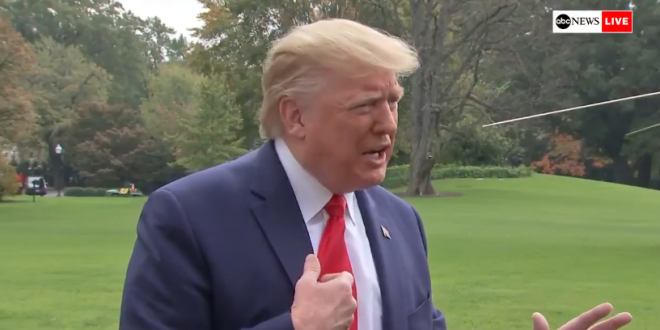 In hushed conversations over the past week, GOP senators lamented that the fast-expanding probe is fraying their party, which remains completely in Trump’s grip. They voiced exasperation at the expectation that they defend the president against the troublesome picture that has been painted, with neither convincing arguments from the White House nor confidence that something worse won’t soon be discovered.

“It feels like a horror movie,” said one veteran Republican senator, who spoke on the condition of anonymity to candidly describe the consensus. The Republican Party’s strategy is being directed almost entirely by the frenzied impulses of Trump, who has exhibited fits of rage over the Democrats’ drive to remove him from office for abuse of power. “I did nothing wrong,” Trump told reporters Friday. “This is a takedown of the Republican Party.”