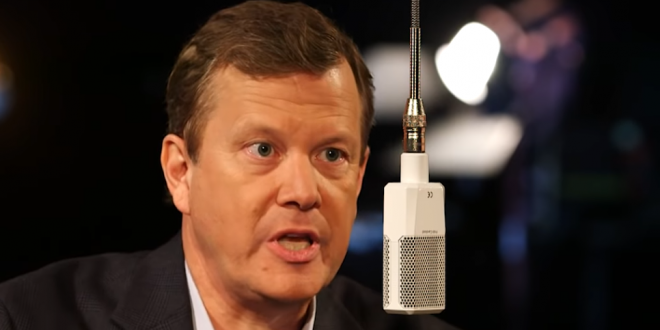 A book that has fueled corruption allegations at the center of an unfolding impeachment inquiry against President Donald Trump appears to have lifted portions of text from news articles and Wikipedia pages without proper citation or attribution.

The Daily Beast found more than a dozen instances in which Secret Empires, the bestselling book by investigative journalist Peter Schweizer [photo], copied complete sentences or sizable portions of them verbatim or near-verbatim from other sources.

In a number of instances, those sources were uncited Wikipedia pages created before the book’s publication in early 2018.

Surely there’s a Chinese proverb about being blessed with idiots for enemies. Read the full piece.

New this AM: the Peter Schweizer book that largely fueled Trumpworld’s corruption allegations against the Bidens lifted a number of passages from Wikipedia https://t.co/vN8cjXUp93

We provided Schweizer’s spokesperson and publisher w/ a detailed list of the passages we examined. His spox’s statement, in part: “This is not plagiarism…The examples you cite are trivial snatches of words occurring in a straightforward recitation of publicly available facts.” pic.twitter.com/CRFtsHTkPf

congrats to Peter Schweizer on his new job at The Federalist! https://t.co/nKgdqWmF6N