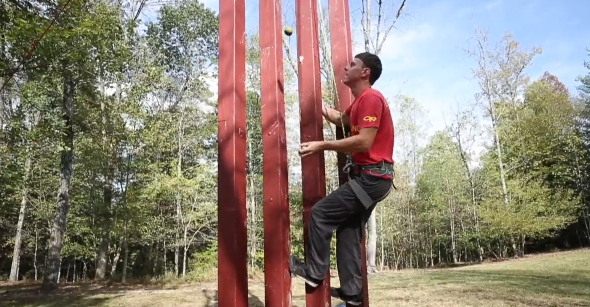 In Eastern Kentucky’s Red River Gorge area, an 18-foot replica of President Donald Trump’s border wall is being scaled not only by experienced mountain climbers, but by novices and young children.

One climber even scaled it while juggling. “You don’t tell a climber that something can’t be climbed or that it’s impossible,” said Rick Weber, the 75-year-old mountain climber who built the replica. “That’s just a challenge.”

Weber, a retired engineer from Indianapolis, decided to build the wall after hearing Trump claim in September that a new section of the wall along the boundary with Mexico is “virtually impenetrable” and “can’t be climbed” because, the president said, 20 mountain climbers struggled to climb a prototype.