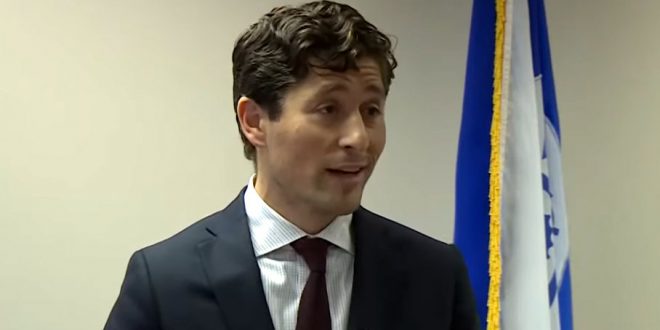 In an interview with The Daily Beast on Yom Kippur, the holiest day in Judaism, Minneapolis’ second Jewish mayor told The Daily Beast the past 24 hours have brought in a wave of hate from Trump supporters.

“I’ve received everything from anti-Semitic rhetoric to threats, and it it’s disconcerting to say the least,” Frey said. His wife, community organizer and lobbyist Sarah Clarke, has not been immune to the ugliness either.

According to Frey, “Someone commented that she was trying to hide her identity because she has a different last name from me. It’s not hiding her identity, that’s championing her own identity. She does exceptional things and [a woman] can support her partner without being synonymous with him.”

Frey says his new notoriety has also gotten him favorable comparisons to Canadian Prime Minister Justin Trudeau, which he does not mind.