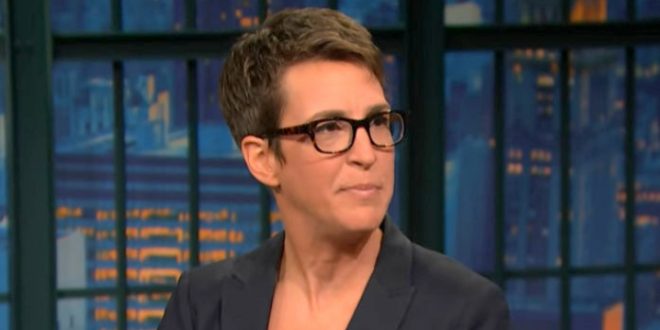 Rachel Maddow is heading to The CW’s Batwoman. The MSNBC host — currently enjoying a big ratings bump amid talk of a presidential impeachment — will have a key role in the Ruby Rose-led drama. Maddow takes on the role of Vesper Fairchild, a character from the Batman comics.

Fairchild is a television and radio personality who had a romantic relationship with Bruce Wayne (Batman). The Batwoman catch is that Maddow’s Fairchild will never appear onscreen — at least there are no current plans for her to do so. Still, Maddow is expected to “appear” in multiple episodes.

“We consider Vesper Fairchild to be the sardonic Voice of Gotham,” Batwoman showrunner Caroline Dries told The Hollywood Reporter in a statement.

I know no one’s going to believe this is true, but it’s true.

I’m “Vesper Fairchild” in the new Batwoman TV show that starts this Sunday night on The CW.

(My character is soooo not me; turns out playing her is one of the most fun things I’ve ever done).https://t.co/LP8PauXvUL