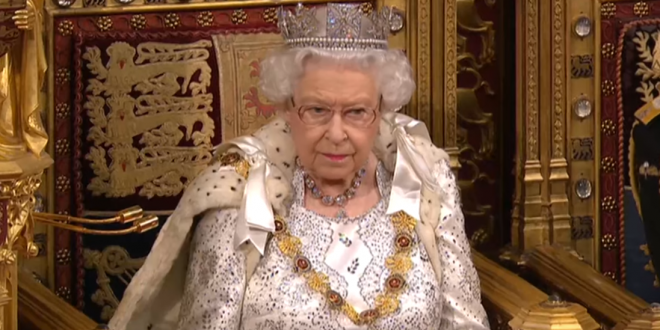 Queen To Parliament: Brexit By Oct. 31st Is Top Priority

British Prime Minister Boris Johnson on Monday set out his government’s priorities at a parliamentary ceremony full of pomp and pageantry attended by the queen, with Brexit top of the agenda. But with time running out for an amicable divorce deal before EU leaders meet later this week, few of the proposals look likely to be enacted, with predictions of a snap election.

Queen Elizabeth II announced in a speech to lawmakers a list of 26 new bills ranging from implementing a yet-to-be finalised EU divorce agreement to criminal sentencing and the environment. “My government’s priority has always been to secure the United Kingdom’s departure from the European Union on October 31,” the 93-year-old monarch said from a gilded throne, delivering words written by government officials.

Queen Elizabeth opens a new session of parliament ahead of Brexit deadline. But critics called the ‘Queen’s Speech’ as “a political stunt.” #ANCRecap pic.twitter.com/h4asXBHPKH

Queen Elizabeth says the U.K. government will continue to play “a leading role in global affairs” after Brexit #QueensSpeech pic.twitter.com/JqQtmQgQMp

“My government intends to work toward a new partnership with the European Union, based on free trade and friendly cooperation,” Queen Elizabeth II told lawmakers https://t.co/SSNhskr1Eb

‘Do or die’ Brexit by Oct 31st at heart of Queen’s Speech… pic.twitter.com/JY3mOlG4Rw

Protect our public services and jobs by joining our fight to #StopBrexithttps://t.co/Mp2XkNJx4v

Previous Trump To His Cultists: Vote For Sean Spicer On DWTS
Next Joe Biden: If Elected I Will Not Pardon Donald Trump