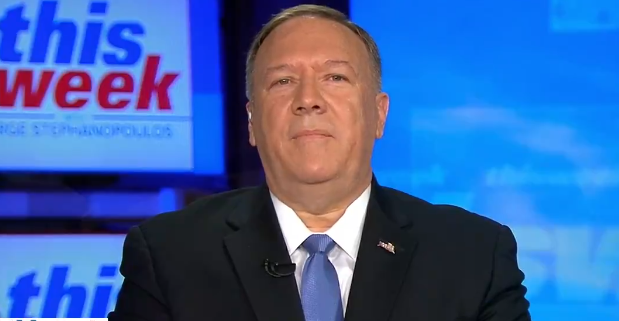 President Donald Trump is prepared to use military force against Turkey over its actions in Syria in the event that such is “needed,” Secretary of State Mike Pompeo said Monday as U.S. troops withdraw from the region.

“We prefer peace to war,” Pompeo told CNBC’s Wilfred Frost in a taped interview that aired on “Closing Bell” on Monday. “But in the event that kinetic action or military action is needed, you should know that President Trump is fully prepared to undertake that action.”

Trump now threatening to go to war with Turkey for doing what Trump told them they could do in Syria. We’ve never had this level of incoherence in our foreign policy. We just can’t afford five more years of this. https://t.co/lU6J9ZQtpD

#Trump is 'fully prepared' to take military action against #Turkey if needed, says Mike #Pompeo, US Secretary of State.

Secretary of State Mike Pompeo will make another trip to Kansas on Thursday in a move sure to reignite speculation about his political future https://t.co/wZ0ozKDc24