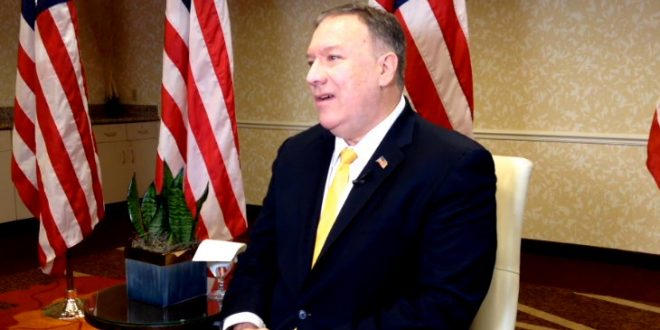 Pompeo: “Insane” To Question US Credibility Abroad As We’re Now “Much More Respected” Than Before Trump

Secretary of State Mike Pompeo aggressively defended President Donald Trump on Thursday against criticism that his decision to withdraw U.S. forces from northeastern Syria would inflict lasting damage on America’s credibility with its allies.

In an interview with The Wichita Eagle and The Kansas City Star, Pompeo said that Trump is good for his word and that, “what the president said he would do, he did it.”

Pompeo rejected a question about whether the president’s treatment of the Kurds had undercut U.S. credibility. “The whole predicate of your question is insane,” Pompeo said. “The word of the United States is much more respected today than it was just two and a half years ago.”