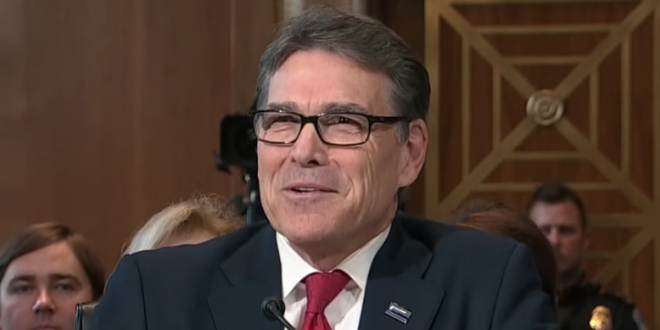 Energy Secretary Rick Perry, whose name has been mentioned in connection with President Trump’s Ukraine dealings, said in an interview published late Wednesday that the president told him to seek out Rudy Giuliani earlier this year to look into possible Ukrainian corruption.

The Wall Street Journal sat down with Perry for an extensive interview and reported that the spring conversation was a sign of how closely Giuliani — a personal lawyer for Trump — worked on Ukraine policy. Giuliani’s business dealings with the country were reportedly looked at by federal investigators. He denied any wrongdoing.

“Visit with Rudy,” Perry recalled Trump telling him. He told the paper that Trump was not convinced that Kiev “straightened up” its act. Perry told the paper he never heard Trump or Giuliani talk about an investigation into the Bidens.