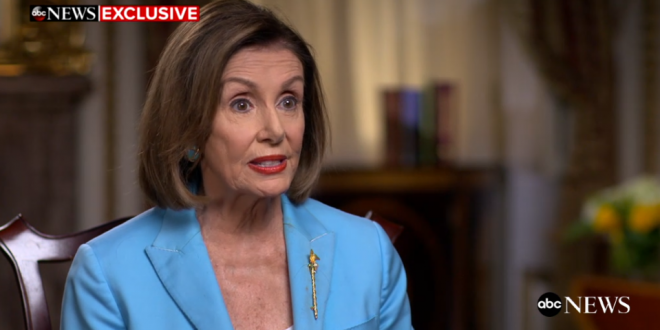 Pelosi: Trump Is “Scared” Of The Impeachment Inquiry

“I think the president knows the argument that can be made against him, and he’s scared,” Pelosi, D-Calif., told ABC News Chief Anchor George Stephanopoulos in an interview in her ceremonial office in the U.S. Capitol to be broadcast Thursday morning on “Good Morning America.”

“And so he’s trying to divert attention from that to where [he’s] standing in the way of legislation,” she said.