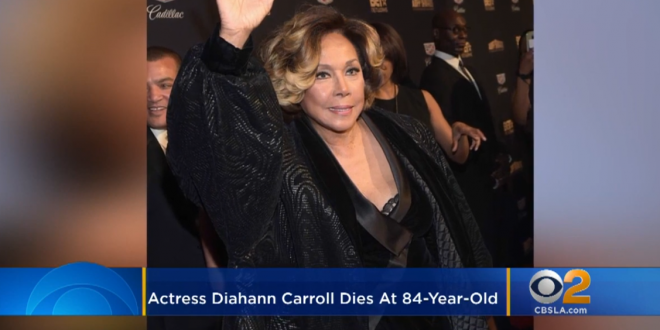 Diahann Carroll, the captivating singer and actress who came from the Bronx to win a Tony Award, receive an Oscar nomination and make television history with her turns on Julia and Dynasty, died Friday. She was 84.

Carroll died at her home in Los Angeles after a long bout with cancer, her daughter, producer-journalist Suzanne Kay, told The Hollywood Reporter.