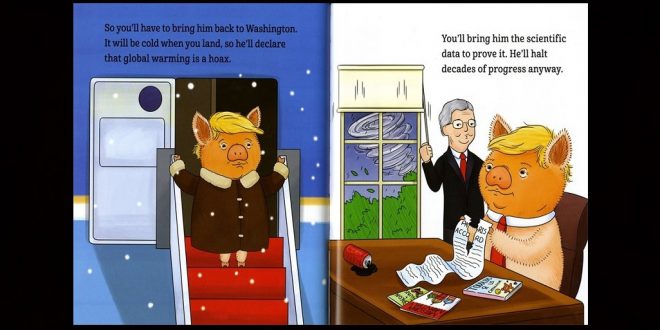 One Million Moms Vs Barnes & Noble

“If You Give a Pig the White House: A Parody,” looks like a children’s book but was written as an adult parody that mocks the president of the United States. The book, published October 1, gravely disrespects President Donald Trump and is outraging many conservatives – as it should.

Barnes & Noble is selling the book written by Faye Kanouse. However, this is not the same author who wrote the popular children’s book, “If You Give a Pig a Pancake,” on which the parody is based. Such ridicule of our president is unnecessary. This level of mockery has not been given to any other U.S. president. The Bible states we are to pray for our country’s leaders, not belittle them.

“I urge, then, first of all, that petitions, prayers, intercession and thanksgiving be made for all people — for kings and all those in authority, that we may live peaceful and quiet lives in all godliness and holiness. This is good, and pleases God our Savior,” (1 Timothy 2:1-3).

Shame on Barnes & Noble for carrying this book. Selling such inflammatory political garbage is reprehensible and only creates more divisiveness in our nation. Take Action: Urge Barnes & Noble to stop selling the book titled “If You Give a Pig the White House.”