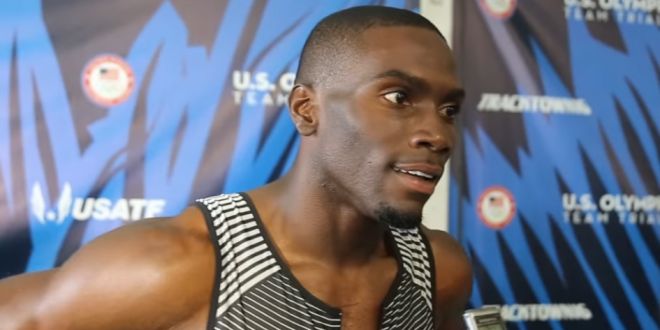 Gold medalist Kerron Clement is finally ready to share his story. The track athlete publicly came out Friday, on National Coming Out Day, exclusively telling Out, “I was tired of loving in the dark.”

“I have been through what a lot of people have been through which is being afraid of being who you are,” he says. “I struggled with my sexuality for 17 years. Over time, as you get older, you care less. Now it’s time to just be yourself and be free. That’s what I’ve become, free.”

Clement competed in the 2008 and 2016 Olympic Games, in Beijing and Rio de Janeiro, respectively. The track star won gold and silver medals in 2008, and another gold medal during his Olympic return.

Clement has also worked as a model and actor. In 2011 he made a fleeting appearance in a Beyonce video (at 1:47) despite “being more of a Mariah Carey fan.”