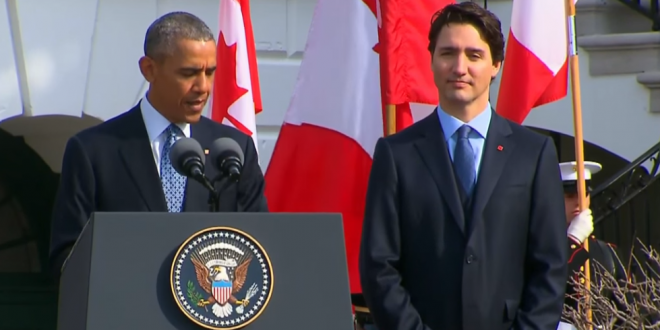 Since leaving the White House, Obama has made several visits north to speak to crowds in Canadian cities, including Toronto, Montreal, and Calgary.

In a few different occasions, Trudeau has caught up with his former U.S. counterpart for a private dinner or a beer. Canadians head to the polls on Oct. 21, but an estimated 4.7 million Canadians voted in advance polls over the weekend.

I was proud to work with Justin Trudeau as President. He’s a hard-working, effective leader who takes on big issues like climate change. The world needs his progressive leadership now, and I hope our neighbors to the north support him for another term.