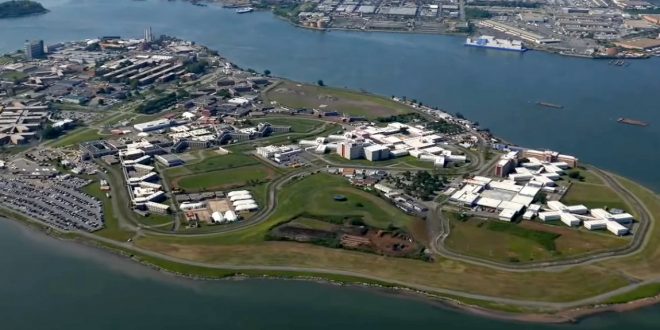 One 886-bed jail will tower over shops and restaurants in Downtown Brooklyn. Another will be next to a subway yard in Queens. In the Bronx, a jail will replace a Police Department tow pound. And another jail will rise in the shadow of City Hall in Manhattan.

That is at the heart of a plan for a landmark overhaul of New York City’s corrections system, which will culminate with the closing of Rikers Island, the jail complex with nearly 10,000 beds that has become notorious for chronic abuse, neglect and mismanagement.

The City Council approved the proposal on Thursday, a decision that seemed nearly impossible just a few years ago and that supporters say immediately places New York City at the forefront of a national movement to reverse decades of mass incarceration that disproportionately affected black and Hispanic people.

Hit the link for much more. Among the handful of City Council members to vote against the plan was vicious anti-LGBT activist Ruben Diaz, who launched his bid for the US House early this summer.

The City Council approved a sweeping $8 billion plan to close the troubled jail complex and replace it with four smaller jails by 2026 https://t.co/a1ajVVSBqP