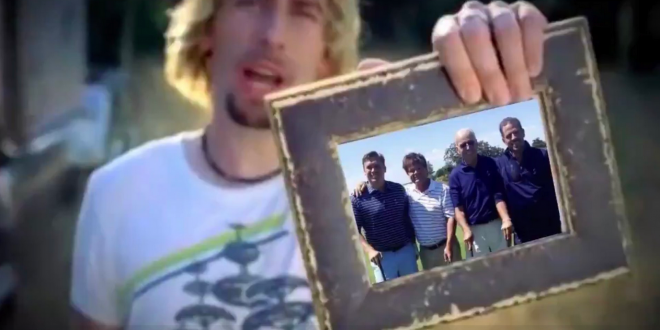 A video posted by Donald Trump has been removed from Twitter following a copyright claim by the rock band Nickelback. The video took aim at the Democratic candidate Joe Biden, opening with a clip of him saying he had never discussed business dealings with his son Hunter.

Trump’s efforts to encourage the Ukrainian president to investigate Hunter Biden lie at the centre of an impeachment inquiry launched by House Democrats last week. Following the Biden clip, the clip posted by Trump cuts to a popular, if niche, meme, based on an edit of the music video for the 2005 Nickelback single Photograph.

LOOK AT THIS PHOTOGRAPH! pic.twitter.com/QQYTqG4KTt

Nickelback have reported Trump for Copyright infringement, I KNEW I was right to love Nickelback

Trump: Guys, I know people really fucking hate me but how can we push it over the top?
Kellyanne: Nickelback?
Trump (nodding): Nickelback.

Nickelback’s “Photograph” video has been removed from Trump’s tweet “in response to a report by the copyright owner.” Touché. https://t.co/4rFksCndSX