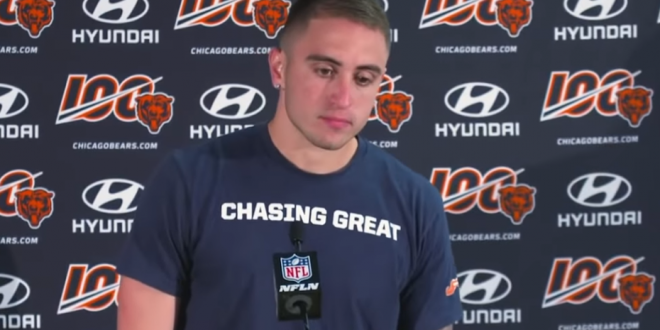 About a month ago, Chicago Bears kicker Eddy Piñeiro made a game-winning field goal. He reacted with a tweet telling atheists they should start believing in God. He was even more specific during a post-game interview in which he said, “If you don’t believe in Jesus Christ, you better start, because he’s real. I promise you that.”

Funny thing about that. Earlier today [yesterday], Piñeiro missed what would have been a game-winning kick. I just want a reporter to ask Piñeiro if he’s an atheist now. Or if the missed kick was part of God’s plan, which makes his earlier boast even more ridiculous in hindsight.

If you don’t believe in God you better start believing he’s REAL thank you chicago! https://t.co/2sMWfsYAmy