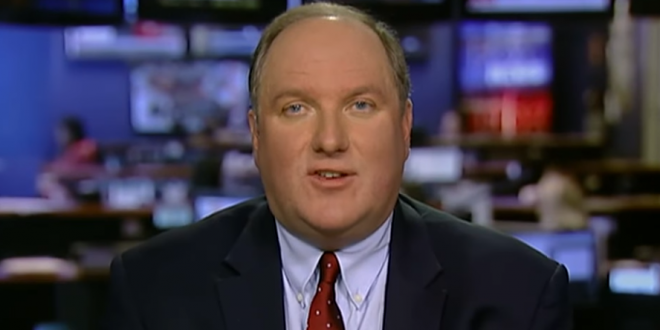 Conservative lawyers Joe diGenova and Victoria Toensing, who this year took on as a client an oligarch at the center of the Ukraine scandal, also represent the conservative columnist who has advanced Trump-friendly claims of corruption in Kyiv.

“John Solomon has been a client of our firm for a very long time,” Joe diGenova told POLITICO on Thursday. “He’s a journalist and he has legal needs, like many journalists.”

DiGenova wouldn’t comment on how far back that relationship went, and he also declined to answer questions about whether there’s been an uptick in activity with Solomon. “We don’t discuss our client’s business,” he said.

Quite the front page from the Kyiv Post, with John Solomon described as “singlehandedly responsible for reporting a lot of false and misleading stories about Ukraine.” pic.twitter.com/1yaL6hPLPH

‘No journalist played a bigger part in fuelling the Biden corruption narrative than John Solomon, and documents reportedly show that his columns were part of the Trump team’s strategy.’ https://t.co/KZD0LzW0ST

NEW: My dive into John Solomon’s history of white-washing post-Soviet kleptocrats, journalistic malpractice, and how he fits into the unfurling Giuliani-Trump-Ukraine saga: https://t.co/0iQFdkL8h5