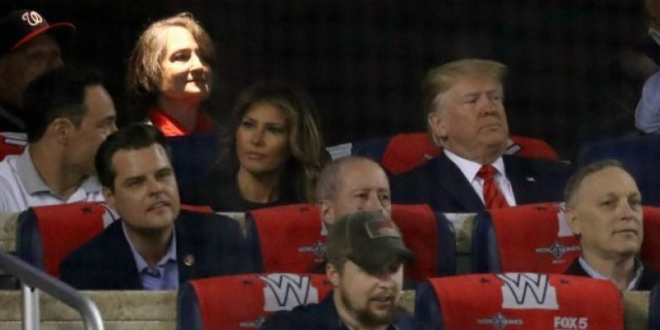 A representative of the Lerner family, the principal owners of the Nationals, had a special request of the MLB last week: that they had no desire to be put in a position of turning down a request from the White House for President Trump to sit with Theodore Lerner, 94, the family patriarch, or any other member of the ownership group, a person familiar with the family’s thinking told WUSA9 on condition of anonymity.

That person made it clear that at no time was a direct request made that the President not be seated next to the Lerner family, but it was made clear that the family did not want to be put in the awkward position of having to respond to a request. Trump instead sat in a suite in Section 119. The idea to attend the game was Trump’s, according to a team official. We reached out for a comment from the White House, but have not yet received a response.