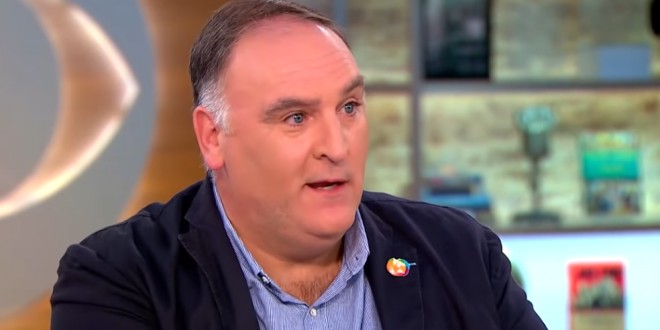 The Washington Nationals on Friday announced that local chef and vocal President Trump critic José Andrés will throw out the first pitch if there is a Game 5 of the World Series.

The president could be in attendance to see Andrés throw the first pitch. Trump told reporters Thursday that he plans to attend Game 5 if it is needed, joking that he would need “a lot of heavy armor” if he was to throw out the first pitch.

The team lauded the chef for his organization, World Central Kitchen, which Andrés has mobilized to feed large groups of people including those affected by Hurricane Maria in Puerto Rico and furloughed workers in Washington, D.C.

Trump lost DC by 96 points in 2016. If there’s a fifth game and IF he actually shows up, the boos may be deafening.

I’m humbled by the invitation, and I realize is a big big big honor but I really hope that by Saturday night all of WASHINGTON will be celebrating that the @Nationals are the 2019 @MLB World Series Champions…🙏😘😘👨‍🍳⚾️🏆 https://t.co/V6EvP9L7Lr