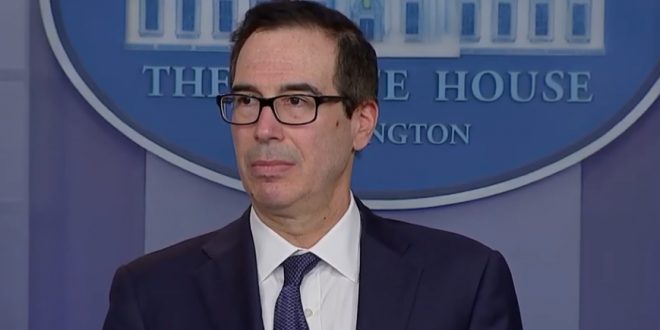 Trump signed an executive order authorizing the powers, though the administration will not move yet to punish Turkish individuals or entities after the country’s offensive in northern Syria. Still, Mnuchin threatened devastating actions in the wake of Turkish strikes that the U.S. has condemned.

“These are very powerful sanctions. We hope we don’t have to use them. But we can shut down the Turkish economy if we need to,” the Treasury chief told reporters.