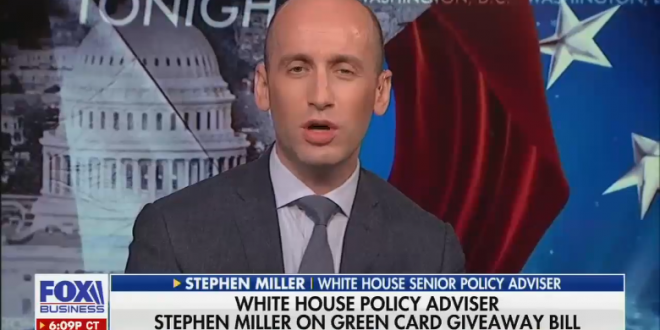 “I’m talking about the deep state, Lou. Everything we are trying to do to make working Americans have a better future is constantly blocked and sabotaged by the deep state, and we are breaking through and we are winning and we’ll keep on winning.

“But what you have with this current non-scandal, non-controversy, made-up, phony story from this fake whistleblower about Ukraine, what you have is somebody inside the government along with their allies trying to overthrow a democratically elected president so they can get their policies that they want put in place.

“That’s what’s at stake for every American. Do you believe we should be governed by a democracy or not?” – Stephen Miller, last night on Lou Dobbs’ Fox News show.