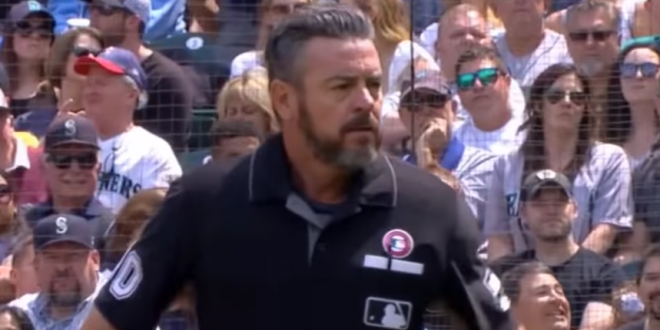 MAGA Umpire Sorry About That Threat To Kill You

The longtime major league umpire who earlier this week sent a threatening tweet that included a reference to a rifle has apologized for the post. In a statement to ESPN’s Jeff Passan, Rob Drake expressed regret for the since-deleted tweet and said he’ll learn from it.

“Once I read what I had tweeted I realized the violence in those words and have since deleted it,” Drake said in the statement Thursday. “I know that I cannot unsay the words, but please accept my sincerest apologies.”

Drake tweeted late Tuesday that he planned to buy an AR-15 rifle “because if you impeach MY PRESIDENT this way, YOU WILL HAVE ANOTHER CIVAL WAR!!! #MAGA2020.”

As I reported yesterday, Drake divides his time between calling balls and strikes, threatening to kill Americans, and running a Christian ministry for other umpires.