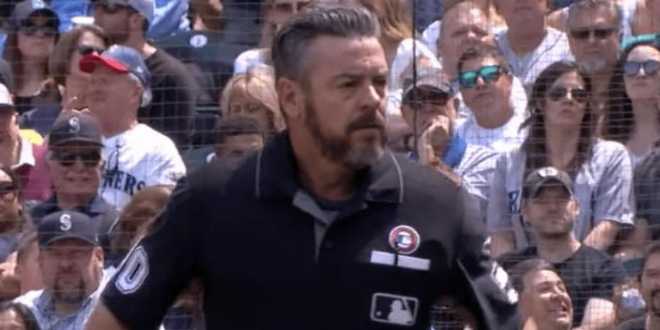 Earlier this week, Major League Baseball began investigating Rob Drake, an umpire since 2010, for a tweet he made suggesting a violent response if Donald Trump gets impeached. Drake has since deactivated his Twitter account.

It’s worth mentioning that Drake is also a co-founder of Calling for Christ, a ministry specifically catering to Major and Minor League umpires. They do weekly prayer calls and Bible studies. And apparently plan violent attacks when the government does its job.

As you can see below, a prominent Trump cultist says the umpire should be left alone because, after all, threatening to murder fellow Americans in a civil war is just a “mainstream view.” It’s also apparently what Jesus wants.

Major league umpire Rob Drake tweeted “I will be buying an AR-15 tomorrow, because if you impeach MY PRESIDENT this way, YOU WILL HAVE ANOTHER CIVAL WAR!!! #MAGA2020”, according to a copy of the tweet obtained by ESPN. MLB says it is aware of it. News: https://t.co/Qf7VMAXEoJ

Investigate all you want, but a majority of Americans feel like thishttps://t.co/gvz5eA4nIw