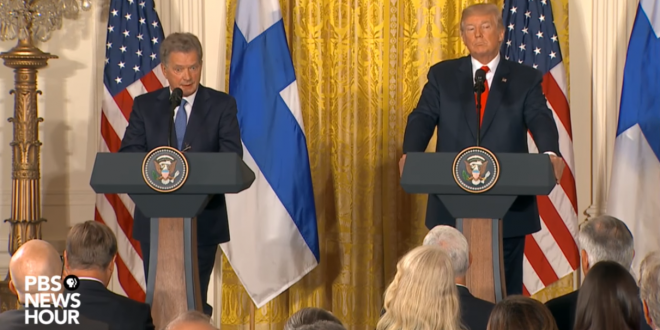 Finnish President Sauli Niinistö again meets his US counterpart Donald Trump at the White House on Wednesday. Ahead of the meeting and joint press conference, press attention focused more on Ukraine than Finland.

Before meeting Niinistö, Trump had not taken part in a press conference for more than a week, during which time Democrats in the House of Representatives have ramped up impeachment proceedings focusing on interactions between Trump and his associates and Ukrainian officials including President Volodymyr Zelensky.

The Finnish and US presidents have both met recently with Zelensky. When Niinistö and Trump previously met at the White House in August 2017, the US president falsely stated that Finland had already decided to order more Hornets, triggering a rare correction from Niinistö’s office.

Scheduled start time is 2PM Eastern. We can expect lots of fireworks once the formalities are out of the way.