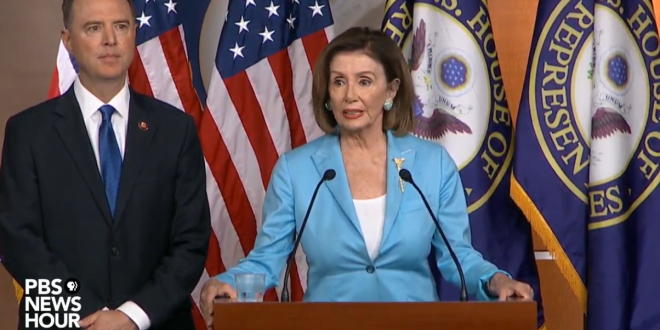 Pelosi’s office announced that the Democrat from California will take part in the presser late Tuesday. ​​Schiff’s panel last week released the whistleblower complaint that prompted Pelosi to launch the impeachment inquiry.

The complaint, sent to the Inspector General of the intelligence community in August, raised concerns about a call between President Trump and his Ukrainian counterpart Volodymyr Zelensky on July 25.

Scheduled start time is 10:45AM Eastern.

Previous Bernie Sanders Hospitalized For Heart Blockage
Next Trump: I Never Asked For A Moat With Alligators!