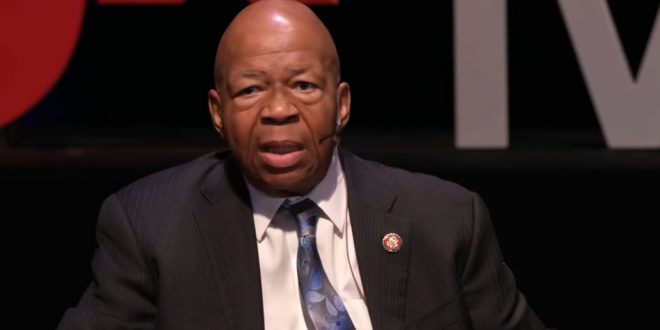 The late Elijah Cummings, a veteran Democratic lawmaker and civil rights activist who was a leading force in the impeachment inquiry of President Donald Trump, will be eulogized on Friday by former presidents Barack Obama and Bill Clinton in his hometown of Baltimore.

On Thursday, Cummings became the first African American lawmaker to lie in state in the U.S. Capitol. His casket rested in National Statuary Hall for the service and was later moved to a passage directly in front of the House chamber, where he served for 23 years.

Cummings’ flag-draped casket arrived at the church shortly after 6 a.m. An honor guard of service members walked in the casket as people lining up to enter the sanctuary watched quietly and respectfully in the low light of early morning.

In addition to former presidents, multiple 2020 presidential candidates are expected to attend. The service starts at 10am Eastern and I’ll bump this post back to the top shortly beforehand.