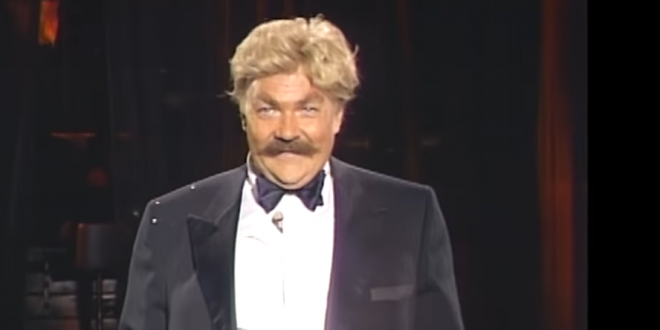 Rip Taylor, a flamboyant mainstay of the comedy circuit who was known for his gags involving confetti, his brand of self-deprecating humor in which he would remove his toupee and his extensive voice work, died on Sunday in Los Angeles. He was 84.

Mr. Taylor, who introduced himself to legions of television viewers on “The Ed Sullivan Show” and on game shows such as “Hollywood Squares,” “Match Game” and “Super Password,” made over 2,000 appearances on television during his more than 50 years in show business, according to his publicist.

“The greatest joy Rip had in life was from the result of making others laugh,” Mr. Böll said. “He didn’t have an easy childhood. Abused and bullied, he said he discovered early that they weren’t hitting you if they were laughing.”

The self-described “King of Confetti,” Taylor was famous for dousing his audience with buckets of colored paper, and anyone attending a Rip Taylor performance expected to be wearing confetti by the end of it. As he explained during a 2011 interview with Kliph Nesteroff for the Classic Television Showbiz blog, his signature gag came about purely by accident.

“I did props and I was ‘The Prop Comedian.’ I was dying like hell on Merv Griffin’s show. The jokes were dumb, and I tore the 5 by 8 cards, threw them up in the air and it became confetti,” he recalled.

“I knocked over his desk, walked up the aisle, went to Sardi’s and said, ‘Well, that’s the end of my television career.’ I went home that night. Their switchboard had lit up. They said, ‘Get the guy that went crazy!’ And that is how the confetti started.”