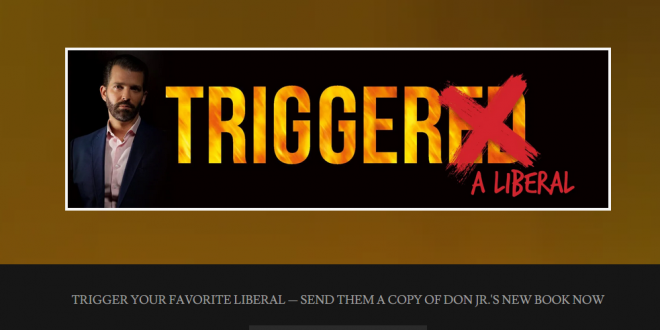 Junior To Cultists: Trigger Libs By Buying Them My Book

Donald Trump Jr. has launched a new website where fans can go to send a copy of his new book, “Triggered: How the Left Thrives on Hate and Wants to Silence Us,” to Democratic leaders and Sen. Mitt Romney (R-Utah) in an effort to drum up interest while “having some fun and doing some trolling.”