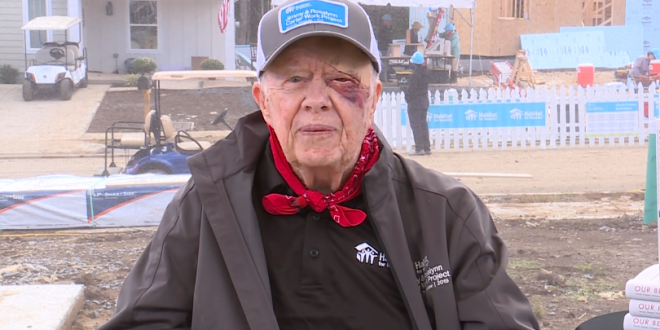 Jimmy Carter To Trump: “Tell The Truth For A Change”

“My advice to him would be to tell the truth, I think, for a change,” Carter told MSNBC. “And also to cut back on his Twitter feeds and give the House of Representatives and also the Senate, and I would say, the general public, the evidence that — that we need to form a case, either for or against him.”

“Tell the truth, I think for a change. Also, cut back on his Twitter feeds.”

He also suggests handing over all evidence so the investigation can move forward.