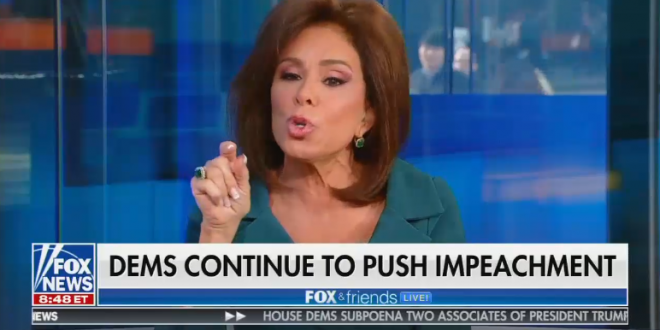 Jeanine Pirro: The CIA Is Attempting A Coup [VIDEO]

“This the left’s plot to remake America. Give me a break! Who is this guy [the whistleblower]? What we’re experiencing right now is, the CIA, an intelligence agency, attempting a coup against the president of the United States. And that’s what’s going on here. This is intelligence agencies attempting to take out a president.” – Jeanine Pirro, speaking on Fox & Friends, which this morning featured a live studio audience clapping like cultists seals at every screech.