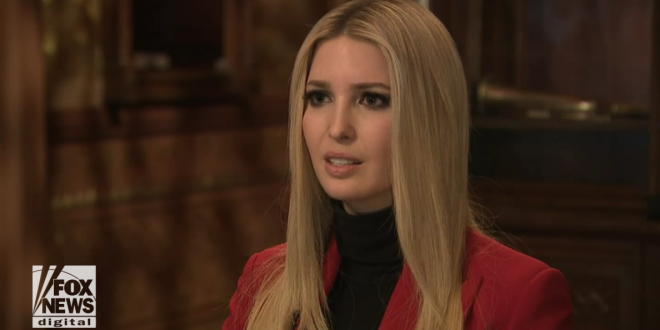 Ivanka: My Dad Is “Surrounded By Enemies And Spies”

President Trump’s daughter Ivanka Trump quoted Thomas Jefferson about being “surrounded by enemies and spies” in Washington, D.C., after the House voted to approve procedures for an impeachment inquiry into her father. She posted the quote along with the message, “Some things never change, dad!”

The president’s daughter took to Twitter shortly after the resolution in the House passed in a 232-196 party-line vote. President Trump also posted on Twitter immediately after the vote, calling the impeachment inquiry the “Greatest Witch Hunt In American History.”

“…surrounded by enemies and spies catching and perverting every word that falls from my lips or flows from my pen, and inventing where facts fail them.” -Thomas Jefferson’s reflections on Washington, D.C. in a letter to his daughter Martha.
Some things never change, dad!