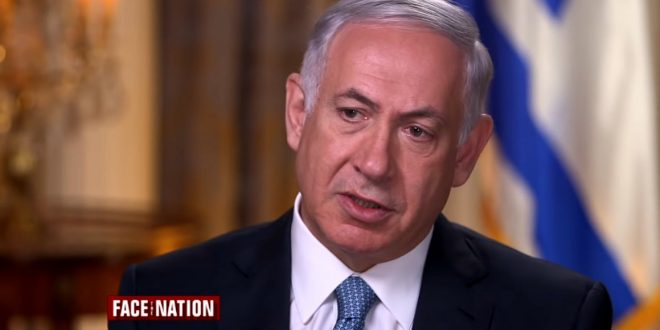 Prime Minister Benjamin Netanyahu announced to President Reuven Rivlin that he is returning the mandate to form a governing coalition. In a Facebook video posted Monday, Netanyahu said “Ever since receiving the mandate [to form a government] I have worked relentlessly … to establish a broad national unity government. This is what the people wants.”

But he argued his efforts to “bring [Benny] Gantz to the negotiation table … and prevent another election” have failed, saying Kahol Lavan leader “refused time after time.” President Rivlin said in a statement he intends to tap Gantz, who would have 28 days to form a coalition. He is expected to formally announce his decision within 72 hours, by Thursday evening.

#BREAKING Netanyahu officially gave up on forming a governing coalition.

BREAKING: @netanyahu gives up, return the mandate to form a government back to @PresidentRuvi.

BREAKING: Netanyahu just informed President Rivlin he is returning the mandate to form a coalition since he failed to build one. Happy Birthday Bibi.

Russian President Vladimir Putin telephoned Prime Minister Benjamin Netanyahu to congratulate him on his birthday, which is today

Prime Minister Netanyahu thanked him for the greetings and again raised the issue of the request for a pardon for Naama Issachar.

#Breaking: Rivlin is expected to grant Benny Gantz the mandate to form Israel’s new government as early as tomorrow. He is the first man in 11 years not named “Benjamin Netanyahu” to be thus tasked. He’ll have 28 days.

Breaking news from Israel. Israeli President Reuven Rivlin is to give Benny Gantz 28 days to form a majority coalition government and become PM after Netanyahu says he has failed to do so. If Gantz fails as well, a third Israeli election is on the cards.https://t.co/YC6MnNhjH3