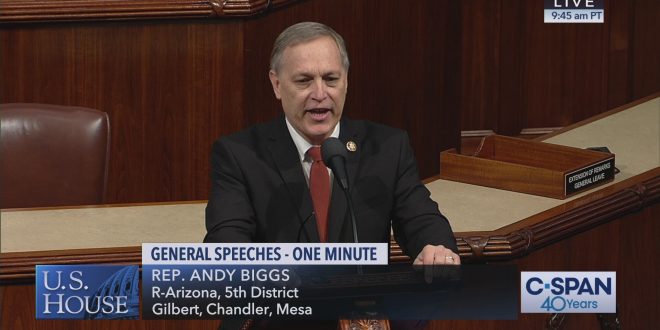 House Republicans tried to force a vote Monday evening to censure House Intelligence Chairman Adam B. Schiff, accusing the California Democrat of purposely misleading the public in his comments on the Intelligence Committee’s interactions with a whistleblower whose complaint sparked the impeachment inquiry.

The House voted 218-185 on a motion from House Majority Leader Steny H. Hoyer to table, or dispose with, the censure effort, without a direct vote on the substance of the Republicans’ claims.

The censure resolution was introduced by Arizona Republican Andy Biggs, who leads the House Freedom Caucus, and had the backing of GOP leadership in the House. Biggs and his allies recruited 182 members — all Republicans — to co-sponsor the proposal.

As a cosponsor of the resolution to censure Rep. Adam Schiff, I was disappointed Nancy Pelosi did not even allow a vote on the House floor tonight. We need transparency and accountability, not closed door secret meetings. What are they afraid of the American people seeing?

It is disappointing that House Democrats blocked a vote to condemn and censure Chairman Adam Schiff for lying to the American people. The full House of Representatives should have the chance to hold him accountable for his actions. @RepAndyBiggsAZ‘s H.Res. 630 deserves a vote.

Of course, Democrats blocked the measure in the House. Chairman Schiff’s dishonesty & lack of transparency with the American people will likely continue. https://t.co/vuGKEm2DLj

Tonight, I will force a vote on my motion to condemn and censure Adam Schiff.

He must be held accountable for misleading the American people.

173 Members of Congress have cosponsored this motion. pic.twitter.com/I7vEvFTcHR