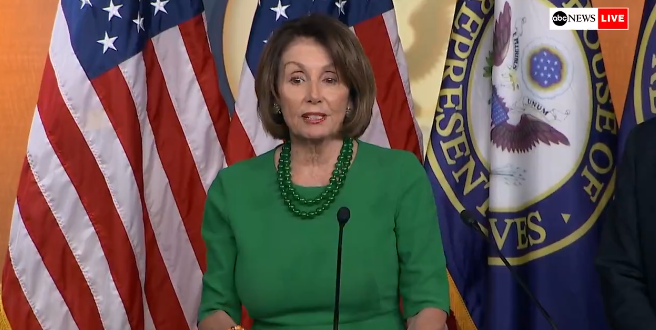 Pelosi knows she’s now got the votes and then some:

House Democrats said Monday that the House will vote Thursday to formalize procedures for the next phase of the impeachment inquiry into President Trump.

Democrats said the move would “ensure transparency and provide a clear path forward” as the inquiry continues.

House Intelligence Committee Chairman Adam B. Schiff (D-Calif.), meanwhile, said that a former deputy national security adviser had “no basis in law” to skip a deposition Monday and that his failure to appear was further evidence of Trump’s efforts to obstruct Congress.

House is readying an impeachment resolution for a vote as early as this week, @LACaldwellDC reports

So since the House is going to vote on the impeachment inquiry and start public hearings, the two things Republicans have been asking for, I assume they’ll stop carping about the unfairness of this whole thing. 🙄 https://t.co/yJzhnpw6mc