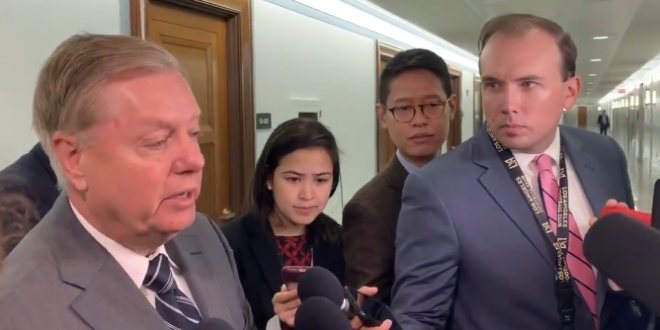 Sen. Lindsey Graham (R-S.C.) walked back his earlier comments that called out a group of House Republicans for storming into a closed-door deposition that is part of the ongoing impeachment inquiry into President Trump on Wednesday.

Graham tweeted a “correction” saying that when he told reporters “that’s nuts” in response to his fellow Republican lawmakers’ actions, he had been misinformed on the nature of the disruption.

Graham had rebuked the members’ actions earlier, telling reporters the move was “nuts” and “that’s not the way to do it,” according to a report by The Associated Press.

I was initially told House GOP took the SCIF by force – basically like a GOP version of Occupy Wall Street.

Apparently it was a peaceful protest. Big difference.

I understand their frustration and they have good reason to be upset. https://t.co/39GLwGgrPq