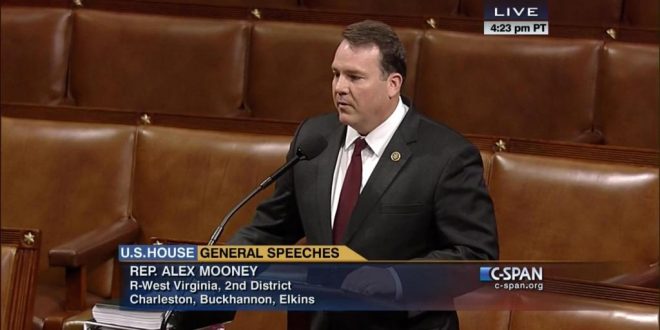 Rep. Alex Mooney (R. W.Va.) shared audio of a phone call he made from inside a secure room at the Capitol where Democrats were attempting to interview a witness as part of the impeachment inquiry into President Trump.

The interview was delayed for hours after a group of conservative Republican lawmakers, including Mooney, stormed into the room to protest what they say has been an unfair impeachment process.

During his call from the SCIF, the West Virginia lawmaker said he and other Republicans stormed the closed-door hearing because House Democrats “refuse to have a hearing in a transparent way for the people of West Virginia’s second congressional district can be aware of what’s going on.”

BREAKING–> My report from inside the SCIF hearing room where we are exposing Adam Schiff’s secret so-called impeachment inquiry. pic.twitter.com/fPcPJ94R9y

these idiots are live-streaming their own federal crimes now to distract from Trump’s https://t.co/l1WSBtjYEP

This appears to be a congressman not only violating national security protocols by bring his phone into the SCIF, but broadcasting himself doing it https://t.co/osyT19BHPW

Just, you know, a guy with a security clearance tweeting from INSIDE a secure facility in violation of every security rule.

If this had been me, I’d be in jail. https://t.co/GtAF7cPVJW