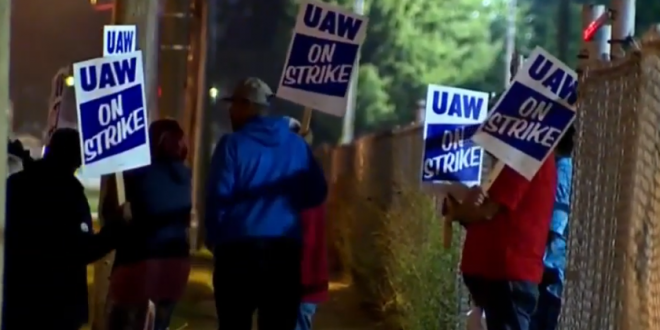 General Motors and union leaders have reached a tentative deal on a new labor contract that could end the United Auto Workers’ month-long strike against the automaker, the UAW said Wednesday.

Details of the proposed deal were not immediately available. However, the union’s roughly 48,000 members with GM are expected to receive raises and bonuses as part of the accord.

The company’s shares jumped by about 2.5% in morning trading. The stock of cross-town rival Ford was up by less than 1%, by comparison.

Breaking News: GM's union said it had reached a tentative contract agreement, potentially ending a strike that has idled plants for a month https://t.co/aksJGJ04nC

Previous Trump: Turkey’s Invasion Of Syria Is “Not Our Problem”
Next Fourth Giuliani Associate Arrested By Federal Agents