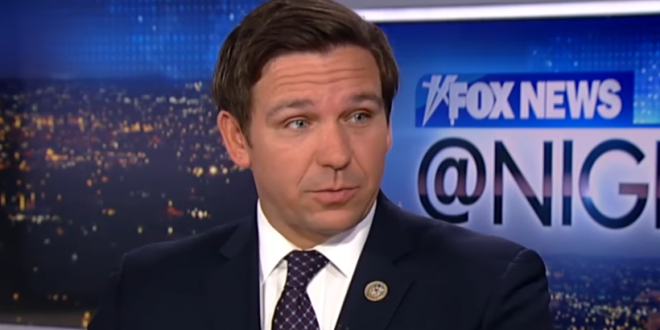 Lev Parnas, a Ukrainian American businessman accused of funneling foreign money into U.S. elections, attended a string of events with Ron DeSantis in the closing moments of the Republican candidate’s 2018 campaign for governor in Florida.

In a photograph taken Nov. 4, two days before the election that propelled DeSantis to victory, Parnas is next to the smiling candidate at a campaign rally in South Daytona. Former Florida Attorney General Pam Bondi is standing nearby in the shot, which was published by Getty Images.

Other pictures of Parnas with DeSantis at campaign events have surfaced, but the Getty photographs appear to show the two men traveling together during the heat of the gubernatorial campaign. DeSantis eventually edged out Tallahassee Mayor Andrew Gillum after a recount.