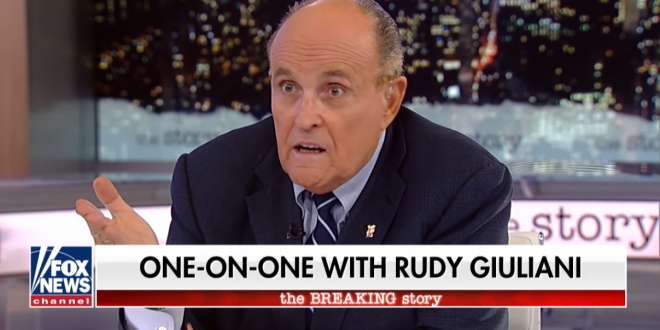 Giuliani: My Mission Is To Disrupt The World [VIDEO]

He continued: “My mission is to defend my client in the best traditions of the legal profession.” MacCallum pressed Giuliani on whether it was in Trump’s interest — and not the nation’s — to urge a foreign country to investigate political rival, former Vice President Joe Biden.

“A lot of people look at this situation and say ‘What exactly you are doing in this situation?’ We have a State Department, we have ambassadorial level that’s involved in all of this. Why are you, the president’s personal attorney, what is your personal — what’s your mission?”

“To disrupt the world,” Giuliani gravely intoned. “My mission is to defend my client in the best traditions of the legal profession.”