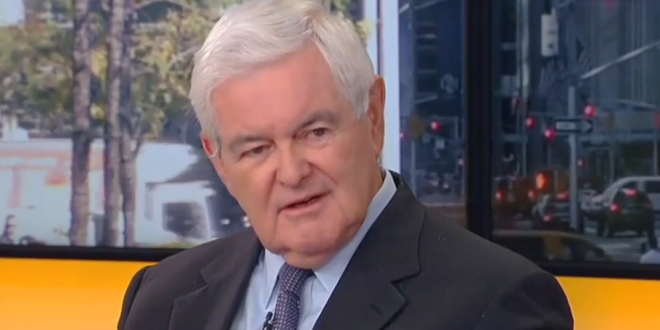 Former Speaker of the House Newt Gingrich refused to answer if President Donald Trump had abused his powers in his controversial call with the president of Ukraine in an appearance on Fox News Monday.

In the middle of a heated argument with Fox News contributor Jessica Tarlov on Outnumbered, Gingrich repeatedly would not answer her question. Tarlov questioned: “You have no problem with President Trump asking a foreign power to dig up dirt on his opponent? And withholding aid? Do you have a problem with it, do you think it’s an abuse of power?”

Gingrich refused to answer the question, replying, “First of all, the whistleblower knew nothing, okay?” “That’s not true,” claimed Tarlov, as Gingrich declared, “The whistleblower had no firsthand knowledge. None.”