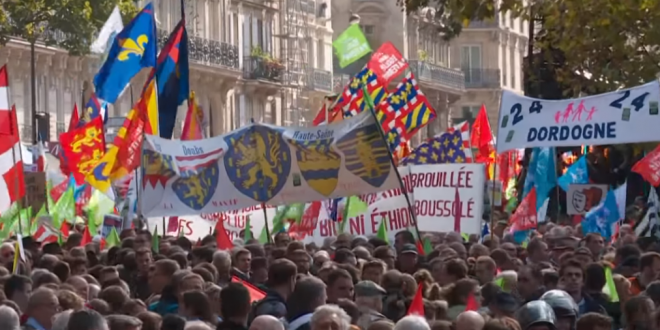 Several thousand conservative activists of all ages marched through Paris on Sunday to protest a French bill that would give lesbian couples and single women access to in vitro fertilization and related procedures. “Where is my dad?” read some signs as traditional Catholic groups, far-right activists and other marchers weaved from the Luxembourg Garden to the Montparnasse neighborhood, passing by the French Senate.

Police guarded several Paris streets as the protest unfolded, notably to prevent tensions with LGBT activists holding a small counter-demonstration in support of the bill. Both were peaceful. The conservatives’ march was organized by the same groups that held mass demonstrations against France’s legalization of gay marriage in 2013, who are hoping their opposition to the IVF bill provides new fuel for their movement.

In France, where Catholicism meets a bipartisan aversion to the “commodification” of the body, access to IVF is an issue of national identity, of who’s allowed to reproduce and transmit Frenchness. https://t.co/5cdSsll6Tz