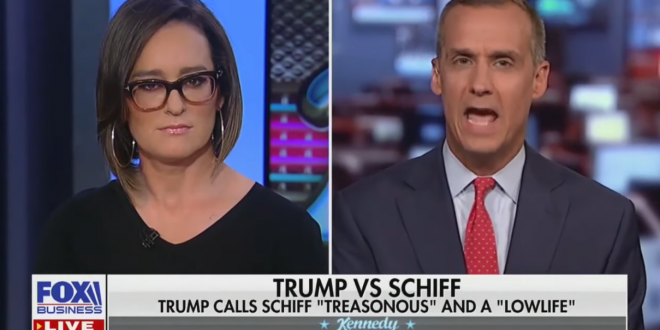 Fox Host To Lewandowski: Are You Drunk Right Now?

Former Trump campaign manager Corey Lewandowski was asked by a Fox Business Network host on air if he had drunk “a little merlot with dinner” and was told he sounded “a little slurry.”

The interaction took place as Lewandowski appeared on the network to talk about the latest news from the ongoing impeachment inquiry by House Democrats. In the midst of her interview, the host, Lisa Montgomery Kennedy, paused and sporting an inquisitive look, asked, “Corey? Did you have a little merlot with dinner?”