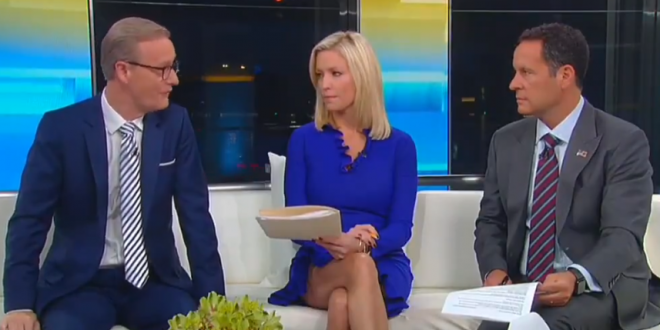 Fox & Friends host Brian Kilmeade today reported how a team of GOP congressional members, including Rep. Jim Jordan and Rep. Mark Meadows, visited the White House. “Mr. President, you have to tell us what you are doing,” they ostensibly asked Trump, and also according to Kilmeade “they pledged to have better communication.”

After Kilmeade noted how “right now obviously they are a little unnerved about what’s happened over the last 10 days,” cohst Steve Doocy turned the page. “The White House finally had a unified strategy,” he noted, adding “I don’t think they had it until yesterday. It is minimum cooperation, maximum confrontation.”