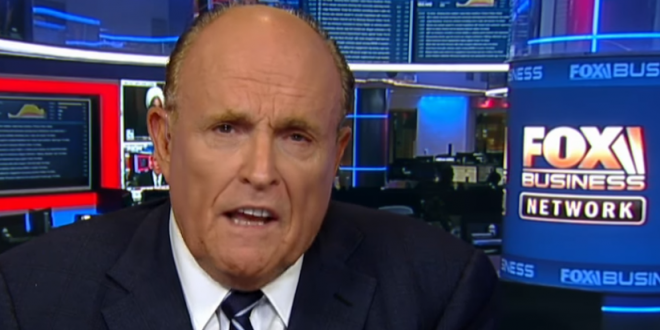 While the Department of Justice’s Office of Legal Counsel has issued legal opinions that a sitting president cannot be indicted, there is no similar prohibition on indicting a president’s personal lawyer or other potential co-conspirators involved in committing a federal crime.

Based on facts already in the public record, we believe that Rudolph Giuliani could be indicted now for conspiracy to interfere with the fair administration of elections, conspiracy to commit bribery, and contempt of Congress. Below is what an indictment of Giuliani might look like if it were drafted today.

It’s important to note that we are, to some degree, speculating here. We are considering charges that could be brought against Giuliani, using publicly available information. Prosecutors obviously don’t do this. They use only evidence that they are confident is correct and that they believe will be admissible in court.

The above and the mock indictment were authored by two former US Attorneys. Hit the link for much, much more – including the charges.

Former U.S. Attorneys—@BarbMcQuade and @JoyceWhiteVance—draft a “Mock Indictment” based on publicly available evidence of Giuliani’s misconduct.https://t.co/foTB2bHvKH

That question is getting asked a lot these days. So @BarbMcQuade & @JoyceWhiteVance tried to answer it. Here’s their “mock indictment,” a serious engagement with Giuliani’s activities–& whether he broke the law.