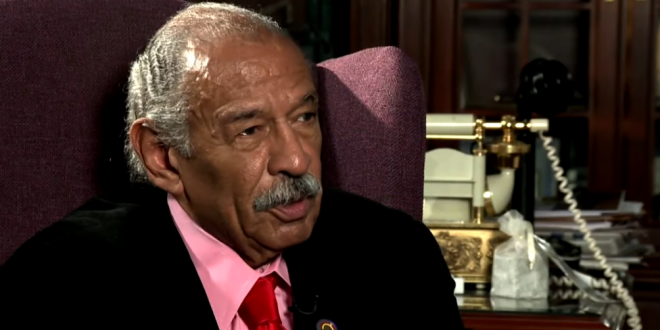 U.S. Rep. John Conyers, a civil rights icon who during five decades in Congress co-founded the National Black Caucus and pushed to establish a national holiday to honor the Rev. Martin Luther King Jr., died Sunday of natural causes at the age of 90.

His death comes after a long and illustrious career that spanned more than 50 years and 27 terms in office, but ended in 2018 with a sudden resignation amidst claims of sexual harassment and verbal abuse of employees and misuse of taxpayer funds to cover-up those claims.

Conyers’ tenure was a remarkable 53-year-run during which the lawmaker, the son of a well-known labor lawyer in Detroit, compiled a near-record legacy of civil rights activism, longevity and advocacy for the poor and underprivileged.

Previous Adam Schiff: John Bolton Will Be An Important Witness
Next Trump To Attend World Series With Gaetz And Graham