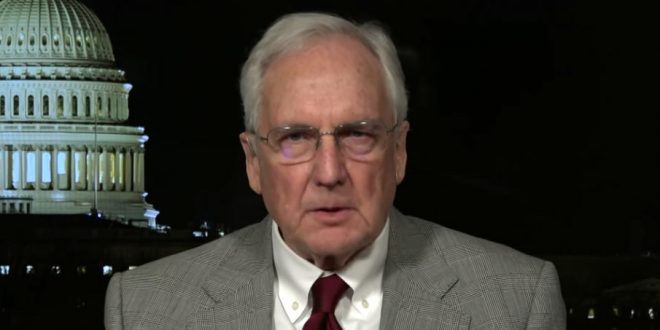 Robert Livingston, the former Republican congressman turned lobbyist, repeatedly told a foreign service officer assigned to the White House that the American ambassador to Ukraine should be fired because of her association with Democrats, the officer plans to tell impeachment investigators on Wednesday.

The officer, Catherine M. Croft, will testify that she “documented” multiple calls from Mr. Livingston about the ambassador, Marie L. Yovanovitch, while she was working at the National Security Council from mid-2017 to mid-2018. She plans to say she informed two other officials — Fiona Hill, then the senior director for Europe and Russia at the council, and George P. Kent, a Ukraine expert at the State Department — about them at the time.

“He characterized Ambassador Yovanovitch as an ‘Obama holdover’ and associated with George Soros,” she will say, referring to the billionaire liberal philanthropist, according to a copy of Ms. Croft’s opening statement reviewed by The New York Times. “It was not clear to me at the time — or now — at whose direction or at whose expense Mr. Livingston was seeking the removal of Ambassador Yovanovitch.”

The next House Speaker was Dennis Hastert, who later went to federal prison on pedophilia charges.

Bob Livingston memorably quit as GOP House speaker morning of Clinton impeachment, admitting his own extramarital affair. Now he’s showing up in subplot of Trump Ukraine affair, demanding ouster of US ambassador to Ukraine, no one knows who was paying him https://t.co/hl56SH99sC