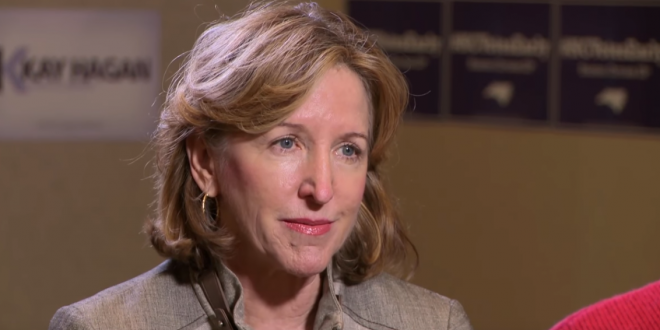 Former U.S. Sen. Kay Hagan died Monday. She was 66. Hagan, a Democrat, served a single term after beating Republican Sen. Elizabeth Dole in 2008. She lost to Republican Thom Tillis in 2014. “We are heartbroken to share that Kay left us unexpectedly this morning,” her family said in a statement.

“Kay meant everything to us, and we were honored to share her with the people of North Carolina whom she cared for and fought for so passionately as an elected official. Most of all, we already miss her humor and spirit as the hub of our family, a role she loved more than anything. Nobody could light up a room and make people feel welcome like Kay.”

NORTH CAROLINA. Former US Sen Kay Hagen (D), 66, died unexpectedly this morning of complications related to encephalitis, which she contracted a few years ago. Hagen defeated US Sen Elizabeth Dole in 2008, then was herself defeated for reelection in 2014 by Thom Tillis.