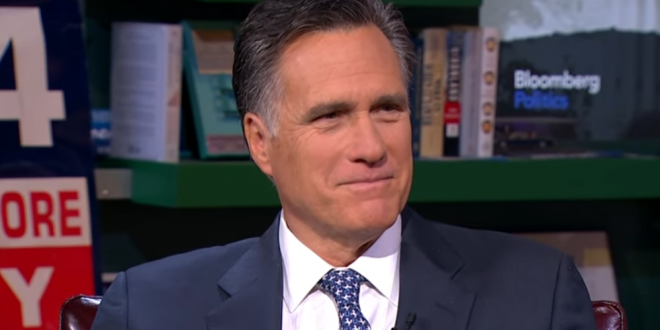 In the conspiracy-obsessed echo chambers of conservative talk radio and far-right websites, Sen. Mitt Romney has some explaining to do — answering for ties to the Ukrainian gas company that put Joe Biden’s son on its board, and accounting for conversations with Nancy Pelosi about Republican support for impeaching President Trump. In reality, neither claim is true. No meaningful ties exist between Romney and Burisma, and he had no such conversation with Pelosi.

The flood of baseless attacks and misleading innuendo buffeting Romney, which began after he became a rare Republican to express concern about Trump’s interactions with the Ukrainian president, serves as a preview of the viral attacks likely to be unleashed on GOP lawmakers if they buck their president during an impeachment showdown that Trump has denounced as a “coup.”

Romney is just the first example. Hit the link for attacks on other moderate Republicans from far-right nutjobs Gateway Pundit, Infowars, and others.